To celebrate and commemorate this, for thousands of years, Jews around the world have been constructing their own temporary homes, beginning their construction right after the conclusion of the Yom Kippur fast. These booths, known as a “Succah” (or “Succot” in the case of more than one) become places to host family and friends and have joyful feasts, while sitting out under the stars. Some people will even spend their nights in their Succah for the entire duration of the holiday!

When building such an imaginative and unique structure such as the Tabernacle, just as when designing any impressive building – or even just a temporary living space like a Succah – there is always a tension between form and function.

How to design a building that is truly worthy of hosting your family and friends (let alone hosting God) while still being structurally sound, affordable and realistic is a debate that is often had between architects and engineers. An architect wants to create buildings that are not only stable but also visually appealing, while the engineer wants to make sure they can stand the test of time and Mother Nature.

In fact, one engineer we spoke with about moving into our next design phase described how he viewed the difference between architecture and engineering. He pointed out that if only engineers designed buildings they would all look like “1970’s era Soviet structures,” minimalist, low to the ground and with “lots of concrete.” While these structures would no doubt be functional, few people would likely be interested in living or working in them.

He told us that his role was to respect the design and artistic form of the architect, while taking into consideration how a structure would actually need to be built. This back and forth between architects and engineers is what leads to some of the most visually striking but also structurally sound buildings humanity has ever produced. 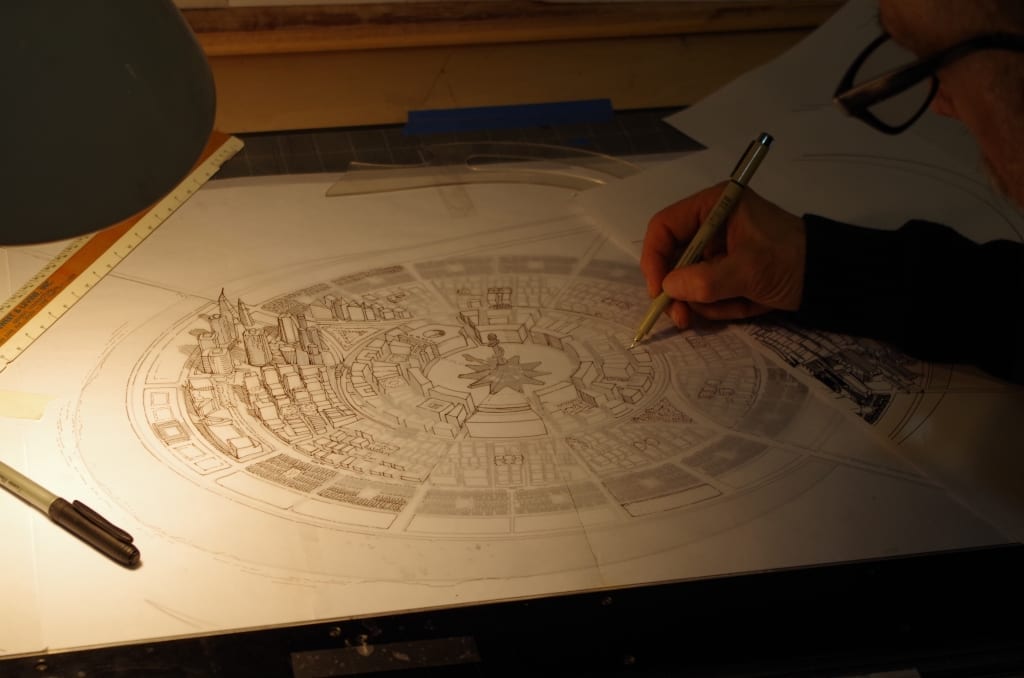 So too, when creating the Menorah Islands Project, we need to take considerations of both sides of the same design coin. From a design perspective, we are working to create something that will truly inspire people. From an engineering perspective we are working to ensure that it will be built upon a strong foundation that will keep our artificial islands above water.

Engineers and architects are truly just different sides of the same coin. The symbiotic relationship between them is something that we can celebrate not just during the holiday of Succot, but every day at the Menorah Islands Project as we begin to transition into the next phase of our grand vision.