Why A Snake As A Symbol For Artificial Islands?

Why A Snake As A Symbol For Artificial Islands?

It’s no secret that the unique architecture and mind-blowing approach to city planning have been amongst the most talked about components of the Menorah Islands Project. From power-generating pine cones to advanced agriculture and green technology that will change the world, this is no ordinary artificial island project.

Without a doubt however, the feature that has generated the most chatter, has been what appears to be a “snake” that is wrapped around each of the towers that form the epicenter of each island.

The snake is a creature that has crept into folklore and literature for thousands of years. From the first Biblical story to Greek mythology, all the way to present day, the snake has had multiple meanings and symbolisms assigned to it.

Many people are not aware that one of those very important symbols is the snake’s association with the healing process. While this may seem odd to some because of the snake’s association with biting and poison, the snake has actually been incorporated into many health and healing-oriented perspectives. In the Bible, there is a very famous story where God instructs Moses to craft a copper staff shaped like a snake to bring healing to his people. This story is actually the reason why in modern times, the snake is used as a symbol of the medical community. 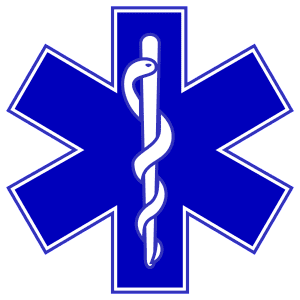 For this reason, the snake takes a literal center stage on our artificial islands complex.

The concept of healing is a cornerstone of the Menorah Islands Project. This project is one that has the potential to create economic collaboration and cooperation between two groups whose relationship desperately needs healing—Jews and Arabs. The islands are designed throughout to be a place where the two groups, which have been polarized by politics in recent decades, can put governments and entrenched biases aside to build an oasis of peace.

Furthermore, our intention is to utilize the very latest in green technologies to not only build a zero-carbon-footprint society, but to actually clean the oceans and the air. Through our efforts, we will also begin to heal the Earth from pollution.

The entire artificial island complex is constructed in a way that encourages participation and conversation, with multiple public places, plazas, and living areas to exchange ideas. The snake would be represented on the central tower of each island, which itself would be placed in the middle of an area designated as a public meeting space. The snake, wrapped around this tall tower, would collect water for the island’s use, just one of the many projects that command collaboration between the two groups.

This large snake is a physical representation of the central theme of the complex: that it is time for healing, and a large-scale idea like the Menorah Islands Project can usher in this new era of cooperation.