There’s a beautiful coexistence project coming out of Israel, and we at the Menorah Islands Project couldn’t be happier to see it take off!

Artist Liron Lavi Turkenich has developed an Arabic-Hebrew script called “Aravrit” which stitches the two alphabets together into one joint typeface. This writing system, which contains 638 characters, consists of Arabic lettering on the top half of the world and Hebrew lettering on the bottom half of the word. The result is a beautiful blend which can be read and written by Arabic speakers and Hebrew speakers alike.

Currently, signs throughout Israel and the territories are written in Hebrew, Arabic and sometimes in English as well, but the two Semitic languages remain separate. Readers select one or the other. That alone can be very isolating — one “side” reads its language, and the other “side” reads the same sign in its own alphabet.

While this is clearly important to have when serving a population that speaks two different languages, for a nation in conflict, such separation can drive a deeper wedge. Communication is so important to addressing conflict: one cannot begin to heal wounds and explore commonalities if they cannot speak to each other. 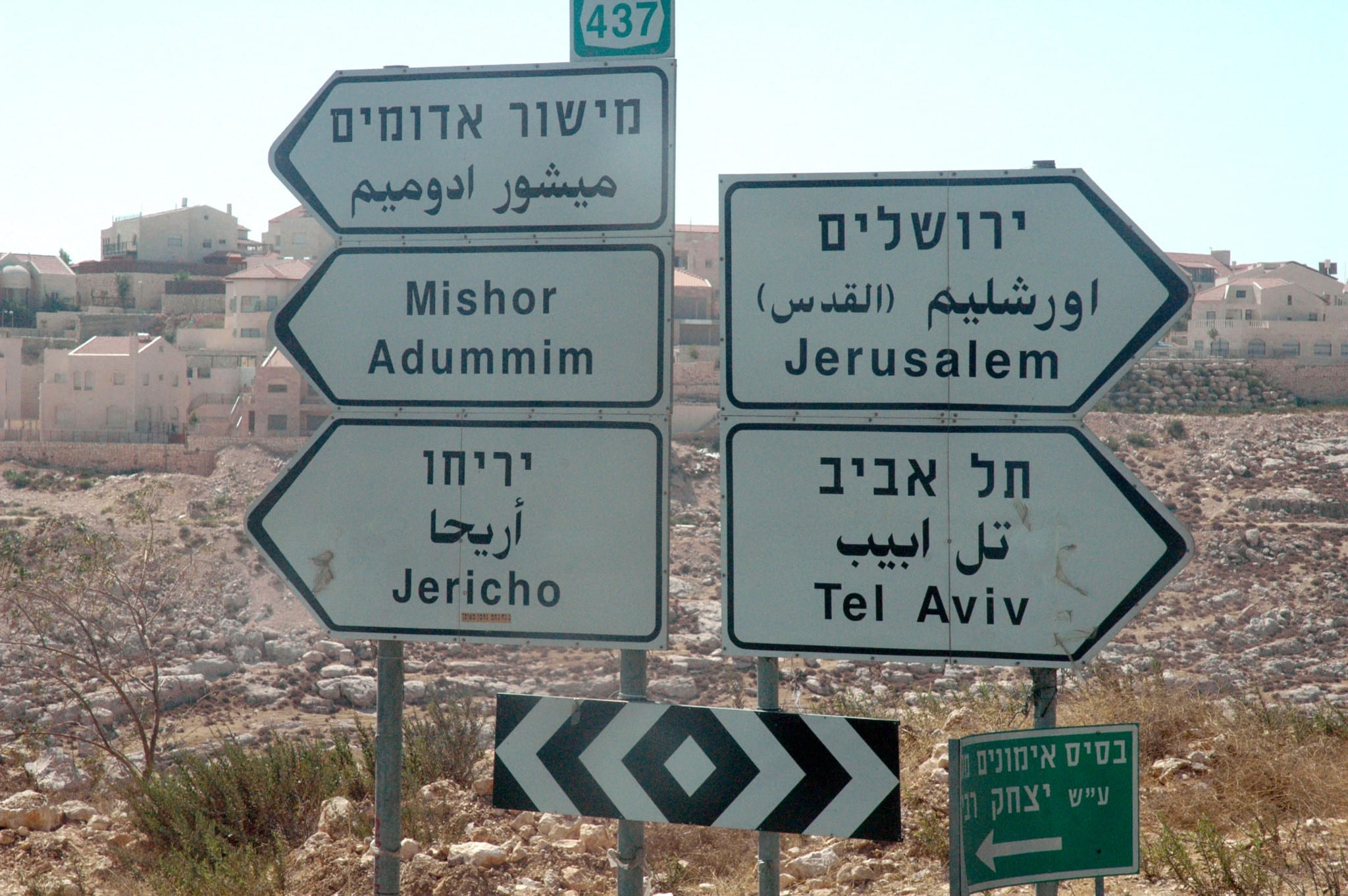 An example of road signs in Hebrew, Arabic and English. Source: Wikimedia Commons

“In Aravrit,” Liron writes on the Aravrit website, “one can read the language he/she chooses, without ignoring the other one, which is always present.” She expounded on this idea in a video about the project, noting that “it’s common to hear both Hebrew and Arabic” where she lives — but that didn’t mean she listened.

“I don’t speak Arabic, and one day I noticed I ignore the language,” Liron explained. “I looked for a way to bridge the gap and that led to my project.”

Hebrew speakers and Arabic speakers are connected by a common ancestor, but they are forced apart by political conflict out of their control. As a result, while they may see or hear the other’s language every day, they cannot listen — not just because they can’t understand the language, but because there aren’t many opportunities to connect and learn from one another.

Aravrit is a visual representation of the ties between Jews and Arabs. Both languages share several common threads: many words have similar pronunciation and meaning, slang from one has bled into the other, they are both read from left to right, and the speaker of one sees or overhears the other every day within Israel. By unifying these two languages in alphabet, language’s strong barrier begins to break down.

“I feel that it gives people a way to express hope, from a very basic point of view – language,” Liron said in an interview with The Independent.

Liron’s Aravrit project is a significant step to bring two peoples together. The Menorah Islands definitely supports these notable and laudable efforts to unite Hebrew speakers and Arabic speakers!

About the Author: Menorah Islands